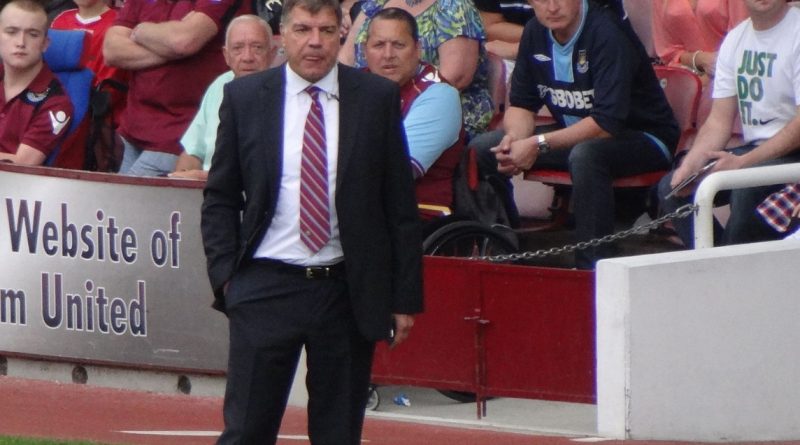 After only two months and one match in the job, Sam Allardyce has left the England manager’s job. The FA and Allardyce mutually parted as a result of an undercover investigation by the newspaper The Daily Telegraph. This morning, a video came out in which Allardyce could be heard advising how to get around FA rules, he has also been quoted making derogatory comments about his predecessors, Roy Hodgson and Gary Neville.

The controversy centres around the issue of third-party ownership of players, a practice that was banned by the FA in 2008 and worldwide by FIFA in 2015. Third-party ownership happens when a club do not have enough funds to buy a player outright, to combat this they invite a third-party, be that an individual or a company, to buy part of the player’s economic rights. For example, the buying club could buy 50% of the player’s economic rights and a third-party could buy the other 50%, the player will still be transferred to the buying club but they would only be due 50% of any money that they get from selling the player on. The other 50% would go to the third-party. The practice can often get messy and it is common, particularly when buying South American players, to see deals scuppered because of interference from third-parties, who are in their rights to demand whatever fee they want for their percentage of the player.

Third-party ownership is a “modern form of slavery”

The practice has a lot of critics, former UEFA President Michel Platini described it as “a form of slavery.” It was banned in the Premier League as a result of the Carlos Tevez and Javier Mascherano transfers to West Ham, the Premier League said the practice “questioned the integrity of competition and could also impact the development of young players.

In the video, undercover Telegraph reporters are posing as representatives of a fake far-east company that are looking to begin trading in the third-party ownership of players. Allardyce is heard repeatedly telling them that there are ways around the rules and he even names a person that he claims has been doing it for years. In a later meeting, Allardyce appears to agree to fly out to “Hong Kong or Singapore” to give a speech. Later on, though he does state that he would need to ask the FA’s permission and he vehemently objects when the idea of paying players bungs is mentioned. However, the footage raised questions over whether Allardyce has previously flouted the rules and as England manager supporting such a firm would be considered gross misconduct.

“Gary Neville was a wrong influence”

Things only get worse for Allardyce though as undercover reporters also filmed him making comments about the former England coaching staff and players. In a separate video, he is heard mocking Hodgson’s voice and calling him “Woy” before going on to claim that he was too indecisive as England manager. He reserved his most vicious attack for former assistant Gary Neville though. He questioned Neville’s “wrong influence” during the Euros, particularly surrounding when Marcus Rashford should have been brought on against Iceland. He said Hodgson should have told “Gary to sit down and shut up so you can do what you want.”

As well as the management, he gave his opinions on the players, he believes that England’s players were underperforming because they had a “psychological barrier” and “can’t cope,” he went on to add that he believed that players that aren’t playing regularly for their clubs shouldn’t be picked for England. This is probably the least controversial thing to come out of the report, however, the FA are likely to take a dim view on such public criticisms of the England team.

His misdemeanours continued, he reportedly stated that the FA were “stupid” to spend £870 million on Wembley and accused them of being all about making money. He added “”You know the FA’s the richest football association in the world? Well, I shouldn’t say that. They’re not the richest at all. What they do is they have the biggest turnover in the world with £325m.” He also accused Prince Harry, the brother to the FA President (Prince Willam) “a very naughty boy.”  The FA must undoubtedly have been shocked by these comments. This footage originates from August just weeks after Allardyce was appointed England manager and for him to be attacking his new employers in such a way clearly did not go down well. The big decision was taken by FA Chairman Greg Clarke, who has only been in the job a little over two months himself. He more than anyone must be shocked as last week was talking about England as being one of the main contenders for Euro 2020.

So there you have it, the Allardyce era is over before it even really began. England were not convincing against Slovakia but they got over the line, a positive that could not be taken from any of the European Championship games. However, many had faith in Allardyce to turn the nation’s fortunes around. But yet again England find themselves back at square one and all the speculation about who will that over will begin again. This is quite a fall from grace for Allardyce, from all the interviews you could tell this was a man that was overjoyed to finally get the job of his dreams, could this disappointment be enough for him to call it a day in management? More importantly, England need to move on, Allardyce was due to announce his squad for next month’s qualifiers on Sunday so England need to decide who will take charge of those games and who will pick the squad to play in those games. This is just another embarrassment to add to England’s list.