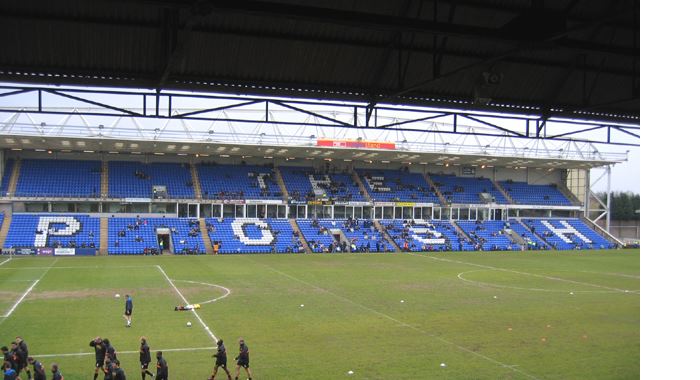 As any football fan knows, a derby game is like no other, the pride, the passion, the butterflies in the stomach, the desolation or ecstasy depending on the result. There is only one thing that can intensify these feelings and that is when a derby has been absent for so long. In front of what will no-doubt be a bumper London Road crowd, Peterborough United and Northampton Town will renew old rivalries on Tuesday night.

The last time these two sides met was in League One in 2009, also at London Road. That season Peterborough were promoted while Northampton suffered relegation. As expected, the road the teams have taken have taken to set up this meeting have been very different. Since their last meeting, Peterborough have spent three seasons in the Championship before cruelly being relegated on 54 points in 2013, while Northampton spent them all in the bottom-tier before Chris Wilder guided them to promotion last season.

Northampton will be glad the two sides are meeting again as they seek to gain back the bragging rights after what was a crazy game in 2009. Peterborough had Gabriel Zakuani, who now plays for Northampton, sent off after just six minutes but managed to score and cling on to a 1-0 win thanks to a bullet header from Charlie Lee. Peterborough lead the head-to-head battle with 27 wins to Northampton’s 21, with 18 draws.

Despite the gap in fixtures, there will be plenty of familiarity on Tuesday night as Northampton have no less than 4 players that once wore the blue of the Posh. They are Gabriel Zakuani, who is a cult hero amongst Posh fans, Harry Beautyman, who crossed the divide with Zakuani over the summer, Alfie Potter and Lewin Nyatanga. Cobblers fans will certainly be hoping for the curse of the former player to take hold.

Peterborough go into the game sweating over the fitness of Marcus Maddison and Michael Bostwick, who both missed Saturday’s defeat to Fleetwood through illness. Expect George Moncur and Ryan Tafazolli to continue to deputise if they do not make it. Posh know for certain that long-term absentee Jermaine Anderson will miss the match due to knee ligament damage. Also, expect Michael Smith to reclaim the right-back spot from Hayden White after returning from representing Northern Ireland during the international break.

Pure maverick on the football pitch. Sometimes his attitude in games divides the fanbase but there is little doubt about his quality.He already has 5 goals to his name in the League this season. He is a player that is more than capable of producing magic out of nowhere to either score or beat his man. Posh fans how deadly he can be ever as far as 30 yards out, he also takes a wicked free-kick so Northampton better be sure not to give away too many free-kicks in and around the area. His work ethic seems to have markedly improved this season, which is very ominous for League One opponents this season.

Northampton too suffered defeat at the weekend and could choose to freshen the team up, Zakuani could come back in after only making the bench against Millwall after returning from DR Congo duty in the week. Rob Page could choose to bring in Lawson D’Ath and Joel Byrom if he feels a tactical change is needed, both were key components in last season’ title winning side. One enforced change will be Jak McCourt who will miss the match due to being sent off for two bookable offences against Millwall. He could well be replaced by Matty Taylor who himself has just served a ban, keeping him out of the Millwall game.

Peterborough’s centre backs need to take extra care when dealing with this man on Tuesday night. He’s a tall 6″3 combative striker who will run all day for the team and when he comes off the pitch you know that he will have given 110% for the cause. He has sometimes been criticised for working too hard, a fact that will still worry any defence, who know that they can’t afford to switch off against him. He is in good form too this season, he has six goals in League One as well as two more in the EFL Cup, one of which being an equaliser against Manchester Untied at Sixfields. Peterborough do tend to leak goals, having only kept one clean sheet in all competitions this season. Revell and his teammates could well fancy themselves to get on the scoresheet.

Northampton’s recent from is slightly stronger than Posh’s despite the fact they have taken just one point from their last 3 matches, they had a strong start to the season and sit 9th on 18 points. However, only one point behind in 11th place are Peterborough. This comes even though Posh are in a poor run of form. They have won only one of their last eight league matches including six draws, conceding in every one of them. Yet, they have recorded a 5-1 win over Millwall this season and one of their strongest performances and only clean sheet came in August against another fierce rival, MK Dons.

Between them, the two sides have drawn 11 matches already this season but I do not see this being another one. Posh have managed to have peak for the big games this season and in front of their home fans, I expect them to do the same again. I predict a close fought game with plenty of tackles flying in but I back Peterborough to come out on top 3-1.