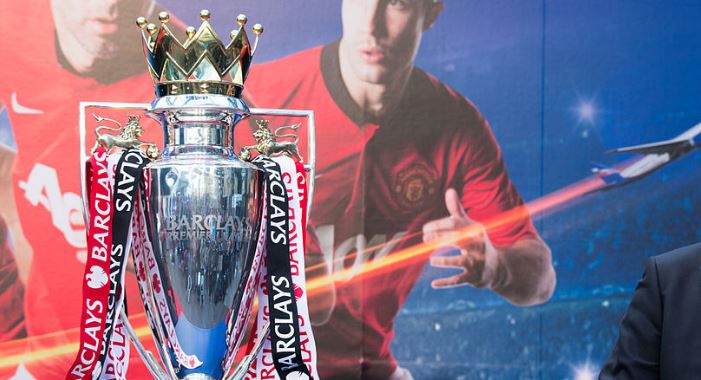 It’s fair to say that the 2016/17 Premier League season may potentially become one of the most exciting in history with so many possible contenders that could win the title. Whilst in Germany, we can safely assume that Bayern will win, or in Spain either Atlético, Barca or Real Madrid will win. But domestically in England there are so many title candidates that us football fans are so spoilt for choice, this makes up for watching the shambolic England displays that take place during each of the unenjoyable international breaks.
As the season is beginning to take shape, in my eyes it is becoming clearer to see who will be up there this season and who won’t be. This article will address my own predictions for this season, we will see come may how accurate I have been.

Despite my respect for Jürgen Klopp’s side increasing by the day, I do believe that they will be unable to finish within the Champions league spots this season, only due to the sheer strength within the other contenders.There is a lot to admire and without doubt under Klopp Liverpool will be a European force again, although will they be able to replicate and get close to past achievements?
The array of talent within their squad which ranges from the elegant Philippe Coutinho to Roberto Firmino and Daniel Sturridge will ensure that the reds finish above Everton. However, winning all the big games becomes irrelevant if you lose games against the lesser teams, these are the kind of games which can stop you from reaching the summit, which is what the reds did recently against Burnley.

This may be deemed as controversial, but the days of glory that previously entertained fans globally are long gone. Despite the influx of money spent this summer bringing in Paul Pogba, Ibrahimović and Mkhitaryan and the appointment of Jose Mourinho, I am not blind to the cracks that these signings are papering over, issues that aren’t being solved. Pogba hasn’t began life back in England well at all, the stuttering Wayne Rooney and an unconvincing defence albeit boosted by Eric Bailly all blighting United right now. It would be a disaster for United not to make the top four this season, but I can see this happening as the desire to play under Mourinho and team spirit for me isn’t anywhere near as good as the Sir Alex era and right now everyone else just seems to want it more.

Whilst you may feel this is biased, being a Spurs fan, but I believe that the desire showed by Spurs this season, especially after the disastrous end to the previous season, will take the club into the Champions League again for next season.

The main factor that sets this Spurs side apart from the one last year is the improvement in options this term compared to last year. Last year, the only real striking option to call upon was Clinton N’jie who flopped in England and with Mason and Carroll as back-ups, the club struggled with the suspensions of Dele Alli and Moussa Dembele, these ended up costing the club at the end of season.

However, the club have solved these issues through the signings of Vincent Janssen and Victor Wanyama, making Spurs a better team than last year, as long as Harry Kane can fire on all cylinders again once he returns from injury. Whilst I’ve tipped Spurs to finish one place lower than last year, this is only due to increase in the level of competition this year, alongside the mid-week game problem which they face this season. But it is a good time to be a Spurs fan.

Whilst it has taken Conte a bit of time to adjust to his new surroundings in English Football, undoubtedly this year Chelsea will be up there again, as memories of last season’s catastrophe begin to fade away. Diego Costa has started to score goals again, Hazard is slowly getting back to his best and N’golo Kanté shields the midfield so effectively that not much gets past him, therefore Chelsea will come good again this season as they look to be a force again.

In my eyes, Chelsea have invested in the rights areas with David Luiz bolstering the defence, he also possesses brilliant ability from free-kicks, then there is Michy Batshuayi, who will provide better competition then Loïc Rémy. The club have hit form at the moment and if this remains consistent then Chelsea surely will be up there this season, this is especially boosted by the lack of European football, enabling them to completely prioritise the league as they try to get back to where they were back in 2014/15.

Despite all of the talk about Arséne Wenger being past his sell-by date and Arsenal being bound for their  stereotypical wobble at some point during the season, Arsenal continue to deliver Champions league football year-on-year and the early signs from this year suggest that they won’t be missing out this year either. The team are boosted by the re-emergence of Theo Walcott (despite his inconsistency in front of goal), the great signing of Granit Xhaka and the excellent ability of Alexis Sánchez and Mesut Özil. Also, the breakthrough of Alex Iwobi is very promising for the future. Whilst Wenger won’t last forever at the club, signs are that he won’t be leaving for a while yet so there is no reason why the run of successive European football needs to end now.

The obvious title favourites. Under Guardiola’s leadership, City have had an incredibly consistent start to the season. A 100% record which seemed to grow and grow and was eventually ended by Tottenham will still provide fresh optimism that the club can compete on four different fronts, as the Manuel Pellegrini era quickly disintegrates from everyone’s minds. The extremely overpriced signing of John Stones, despite his ability to partner Vincent Kompany, efficiently provides a great platform from the back that is built upon with Kevin De Bruyne and Sergio Agüero. They are the perfect candidates to win the league and I don’t believe anyone else has the credentials to win this year, as they completely sailed away from the other rivals and established themselves as the best team in Manchester.
Oh how times have changed.

I am a college student and a huge Spurs fan, hoping to pursue football journalism/commentary in the future