Welcome, a very merry TFFmas from all of us here at the blog. As we head into the holiday season, there is plenty to look forward to both on the pitch and off it and we are looking forward to the month ahead. This December we will be running the 25 Days of TFFmas, every day up until the big day we will be we are publishing Christmas wishlists from members of our team for what they would like their club to get for Christmas.

Nearly there, just two days until Christmas, on day 23, we speak to TFF Youtube Manager Josh Keeble-Wells about his Christmas wishlist for his team, West Ham. We’re worried that three wishes may not be enough.

There are no two ways about it, this has been a disastrous season for West Ham. They left Upton Park full of hope, having just finished 7th in the Premier League and earning themselves another chance at reaching the Europa League group stages. However, things have turned sour this season. It all started with a poor display that saw them knocked out in Europa League qualifying for the second year running by Romanian outfit Astra Giurgiu. Things then took a turn for the worse off the pitch. Fans were unimpressed with the view at the new London Stadium, the seats are a long way back from the pitch, as are the benches, which mean Slaven Bilic has to run a marathon every time he wants to get from the bench to the touchline. The connection that the fans felt due to the compactness of the Boleyn has been lost. Fan violence has marred the new ground as well and issues over stewarding have not helped at all. Fan anger about the situation has mainly been directed at owners David Gold, David Sullivan and Vice-Chairman Karren Brady. All are now deeply unpopular with a large number of the fanbase who believe that the club has had its soul ripped out.

This discontent and lack of unity has spilt onto the pitch as well. West Ham have been a shadow of themselves from last season and are currently very much in the midst of a relegation battle. They have been let down badly by their new signings. Håvard Nordtveit has been error-prone, Andre Ayew could step it up and Simone Zaza, Arthur Masuaku, Gökhan Töre and Sofiane Feghouli look completely out of their depth. They also need more from star man Dmitri Payet, fears are growing that he could turn out to be a player that goes missing in times of adversity. The club were knocked out of the EFL Cup at the quarter-final stage after a resounding 4-1 defeat to Manchester United, while in the FA Cup Third Round, they face the daunting prospect of a visit from Pep Guardiola’s Manchester City. However, the club needs to focus on the league and to recovering the heights of last season. The Olympic Stadium was sold to the fans as a chance for West Ham to join the ranks of the biggest clubs in the Premier League, right now it looks far more likely that they will be joining the ranks of the Championship. The club needed to find a way to bring dissatisfied fans back onside and create an atmosphere that can allow the club to thrive again, just like at the Boleyn.

“The current strikers are either A) Useless or B) Good but very injury prone (Sakho and Carroll).” Injuries have restricted Sakho and Carroll to only a handful of appearances in the league this season and despite this, they still have been weighing in with the goals. They both scored on their comebacks against Manchester United and Arsenal respectively. While on the other hand, West Ham’s fit strikers have been firing blanks. Zaza- 0 in 8 league games, Jonathon Calleri- 0 in 6 and Ashely Fletcher- 0 in 10. “Bringing Defoe back to the club would be a confidence boost for all involved at the club and he would get West Ham goals. Sturridge too would get the front line firing again.”

Wish 2- The board to leave

“The board have done Slaven Bilic a massive disservice by failing to back him in the summer and ultimately that has cost us out on the pitch. They treat the fans like scum and nothing more than customers. To progress as a club, the board need to move along. They’ve not done a lot for the club and are ruining any reputation that have with the fans.”

“When fit, Andy Carroll is unplayable and is most definitely the best striker we have at the club. If kept fit for a whole season, he’d easily score 10+ goals. Having a partner like Jermaine Defoe, who I mentioned earlier, would benefit Andy as Defoe would be more than willing to make the runs in behind.”

Thank you to Josh Keeble-Wells for contributing today, we’ll see you tomorrow for another member and another wishlist! 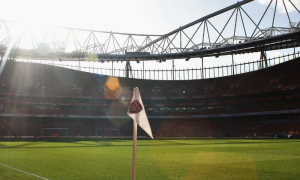 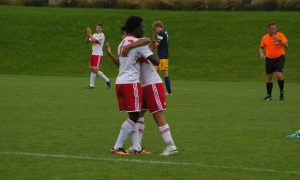