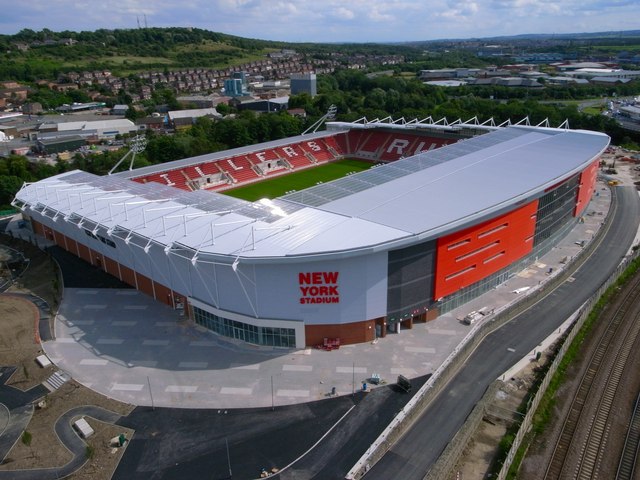 After looking set to return to his parent club, Celtic, during this January transfer window, Scott Allan has been given another chance at Rotherham United.

The Scotsman made his long-awaited return to the Rotherham United first team on Saturday in a 15 minute cameo at the end of his side’s heavy 4-0 defeat to Newcastle United.

His performance was one of the only positives that Rotherham could take from the game. He showed clear signs of his quality in the final third, which has been amiss since the departure of Izzy Brown.

He has not figured in the Rotherham first team since the 15th of October, after he was dropped after a run of poor performances and he has also been plagued by injuries.

Allan has been out of contention and out of favour since then. But this changed recently as he returned to Rotherham United training and his impressive displays on the training field led to his reintegration back into the first team picture. Rotherham United’s current interim manager, Paul Warne, took time to state that:

In training, he had been the most exciting player. He has the confidence and know-how to get on the ball. He was really positive when he came on so he’s in my plans. I told him afterwards that he did well, but he needs to know the other side of the game as well.

It is clear that Allan possesses raw talent and he can be a threat against any team on his day. But if he is to be a successful Rotherham United player, he must add this other side of the game to his own.

While in the Championship, Rotherham are always going to be a team who look to out battle their opponents and look to get in the faces of the opposition.

One of Allan’s main failings during his first run in the first team is that he did not fit this mould of Millers player and his lack of work rate left him being carried through games by his teammates at times.

But if Allan alters his style to add this work rate and desire to his game, he could become a key player for Rotherham during the remainder of the season.

If Allan does become a mainstay in Rotherham’s first team for the rest of the season, he would be an astute signing for the Millers in the Summer and be important for them as they will inevitably return to League 1 next season.

Rotherham have a young squad that can only improve in the years to come. Players such as Darnell Fisher, Will Vaulks, Aymen Belaïd and Anthony Forde could be real assets for the Millers in League 1 as they will be hoping to return to the Championship at the first time of asking.

If Allan is added to this squad next year, Rotherham would have a player who is very comfortable on the ball and is capable of making a defence splitting pass. Such ability has been missing in the Rotherham side for much of this season and he would be key to their chances of success next season.

Luton Town - Who should be shown the door?

The curious case of Ayoze Perez

Why Everton must keep Romelu Lukaku at all costs