You are at:Home»Type of Article:»Features»Can Crystal Palace avoid the drop? 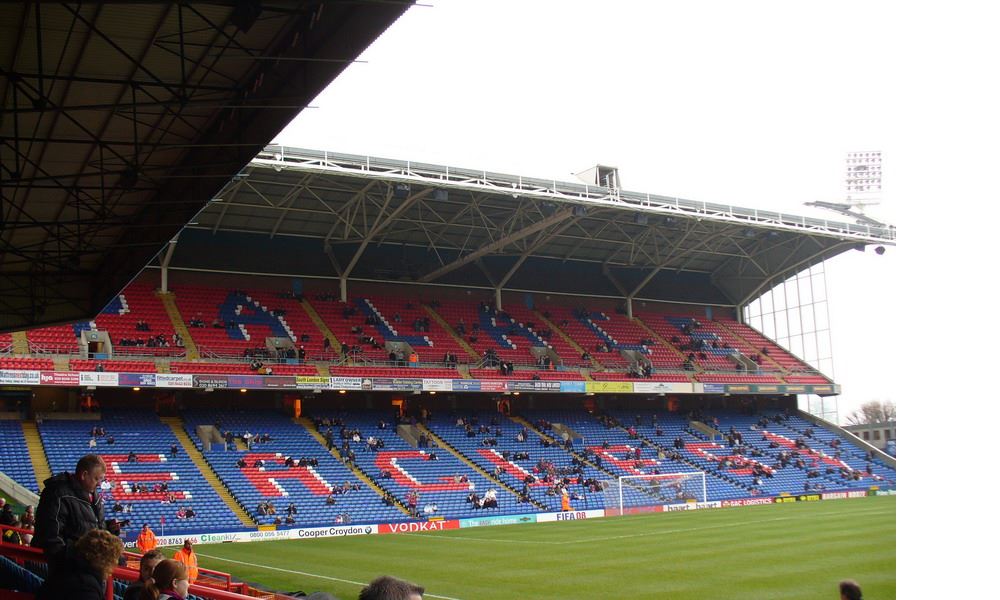 Can Crystal Palace avoid the drop?

This season has by far been the worst one yet for Crystal Palace since returning to the Premier League in 2013. I must admit though, this has come as a huge surprise, as the Eagles’ squad this season is the best they’ve had since their return to the top-flight. However, with their recent improvement in form, Palace have climbed out of the relegation zone and now sit three points above the bottom three, but one question still remains: can they avoid the drop?

One of Crystal Palace’s main problems has been home form. With just three wins and one draw from 13 matches at Selhurst Park this season, the Eagles have gained less points (10) than any other side in the Premier League when playing at home. The other nine games ended in defeat with two of those being huge relegation ‘six-pointers’ against fellow relegation battlers Swansea City and Sunderland. The game against the latter was a pure embarrassment, a 4-0 loss which, at the time, implied that it was indeed all over for the boys in red and blue. However, with the most recent home victory over Middlesbrough, a glimmer of hope was restored to the Palace faithful, after a brilliant all-round team performance saw them pick up all three points in another relegation ‘six-pointer’, showing that this may be the stepping stone they needed to make Selhurst Park a fortress again.

Another big problem at Crystal Palace has been self-belief. At most stages this season, the players simply looked like they had no confidence in their abilities whatsoever, which is a major shock when you consider the amount of big names that they have. (Benteke, Zaha and Cabaye, just to name a few.) As a result, they’ve found themselves struggling all season and have found it very difficult to hit top form.

For the majority of the first half of the season, it looked like Alan Pardew was the big problem. All the fingers were being pointed at him when the players didn’t look like they wanted to fight for the badge on their shirts. In hindsight, I don’t think it was purely Pardew’s fault that he wasn’t able to deliver results as the players’ attitudes should also be blamed, but he did make a lot of mistakes whilst at the helm. For example, Pardew’s side had excessive problems defending set pieces and yet for three weeks on the trot before his sacking, he would constantly go on about how the team needed to improve the manner in which they defended set-pieces in his post-match interviews, but this was something which just didn’t seem to be worked on in training. Under Pardew, Palace only managed to pick up 15 points in 17 games, an average of 0.88 points per game. A massive underachievement.

Since Sam Allardyce took over from Alan Pardew, it initially looked like the players didn’t want to fight for the Crystal Palace shirt under him either, but after the disappointing 4-0 loss to Sunderland and a one-week break after an FA Cup weekend, the Eagles bounced back with two wins from two, and even more impressively, two clean sheets from two. Obviously defending is a team effort, but new signing Mamadou Sakho has been instrumental in the victories over Middlesbrough and West Bromwich Albion and I don’t think it’s a coincidence that the team is finally finding defensive stability with him being added into the side. Patrick Van Aanholt and Luka Milivojevic have also been outstanding since signing for the club in January and with Zaha constantly on top form, Benteke regularly scoring goals, Ward and Townsend gaining their confidence back and team spirit rising with every recent performance, things really do seem to be looking up for the boys from SE25.

What’s next?
With 11 games remaining for Sam Allardyce’s men, it won’t be an easy task to avoid the drop. Crystal Palace still have to face the likes of Tottenham and Arsenal at Selhurst, as well as Chelsea, Liverpool, Manchester City and Manchester United away from home. This is exactly why the home games against Watford, Leicester, Burnley and Hull will make or break their season. Palace should be looking to pick up a minimum of 10 points from those four games if they want to stay up, with any other points gained (especially against the top 6) being a bonus.

My prediction
I believe that Crystal Palace will indeed avoid the drop. The recent two results have showed that they still have the quality to win games convincingly and with the team currently bonding together in Morocco on a training camp, they should only get stronger from this point forward. It won’t be easy by any means, but I personally don’t think they would need to reach the famous 40 point mark in order to stay up this season. In my opinion, the relegation battle is so tight this season that 35/36 points should be enough to book a place in the Premier League for next season.

All we can do now is wait and see what happens.

I'm a lifelong supporter of Real Madrid, and having grown up in South London I also go to Crystal Palace matches quite regularly. I enjoy all levels of football, and I go to watch live games almost every week, ranging from the Premier League to women's football. Follow me on Twitter @_kubap5 and check out my blog at thefootyjourney.blogspot.com