You are at:Home»Type of Article:»Features»Who should win Northampton’s Player of the Season Award? 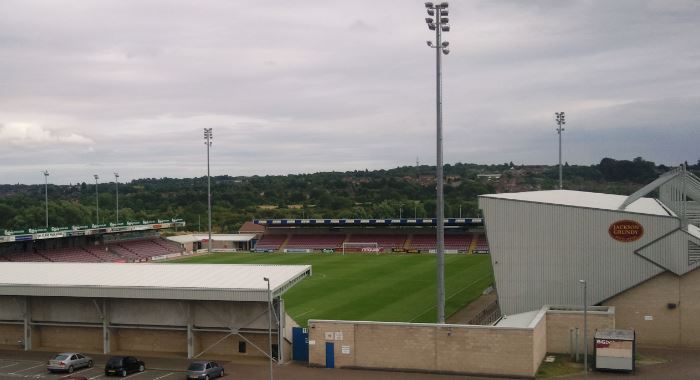 Who should win Northampton’s Player of the Season Award?

It is always interesting when the end of the season arrives to look at who has impressed and who should be chosen as the player of the season. There are many potential candidates for this season just like previous years but this year there is a large variety when it comes to player styles in this list. Let’s take a look at who seem to be the most likely nominations for POTY:

Adam Smith: I think it is fair to say that without some brilliance from the former Leicester City player between the sticks, Northampton would be in some serious trouble when it comes to their league position. With multiple MOTM awards to his name, Smith seems to always impress Cobblers fans with great saves and a smart knowledge of the game. If you were looking for a personal opinion, Adam Smith would be my pick for Player of the Season.

John-Joe O’Toole: The ever popular John-Joe O’Toole is an easy choice for Player of the Season if you ask many fans around Sixfields. Netting 12 goals from midfield, O’Toole is a very valuable asset to the Northampton side and he seems to always shine when the Cobblers are in trouble. He also has been crucial when Town have needed to defend with his impressive sliding tackles and quick passing. A sure fire bet for Fans’ Player of the Season.

Marc Richards: 13 goals in a tough season is nothing to forget about, and that is exactly what part-time captain Marc Richards has brought to the Cobblers. Despite reaching the latter stage of his career and seeming sluggish in his ability on the pitch, the stats don’t lie and when you look at it, he has been a crucial part in keeping Northampton away from those relegation places, of course, League One survival is not assured just yet but it is seeming more and more likely.

Zander Diamond: An unlikely choice but one to seriously consider. Diamond has been a regular choice at centre back in the Northampton side this season and with injuries and suspensions damaging the formerly so strong defence, it has been very tough for players like Zander Diamond to adapt but he has done just that. While Lewin Nyatanga has not lived up to expectations, Rod McDonald has been continuously left out despite his ability, and Gabriel Zakuani has been out with multiple injuries and international breaks, Diamond has stayed strong and continues to impress in the heart of the Northampton defence.

Other names to mention:

Sam Hoskins: If Hoskins had not been hit with such a harsh injury, I feel that he would’ve gone on to become the star in the Northampton side, leading him to a POTY award.

Gabriel Zakuani: Despite not playing in half of the games played, Zakuani has been so impressive in those matches he has played, really keeping the defence strong alongside Zander Diamond whilst netting a few goals too.

Paul Anderson: A potentially controversial choice here but I feel that Paul Anderson has put in a great shift for the Cobblers this season, almost reaching double figures in goals and using his skill and pace to take apart many League One defences. Maybe not POTY worthy but certainly worth some level of praise.

16. NTFC/NCCC/Raptors. Love some rasslin. Enjoy writing and commentating on sports.