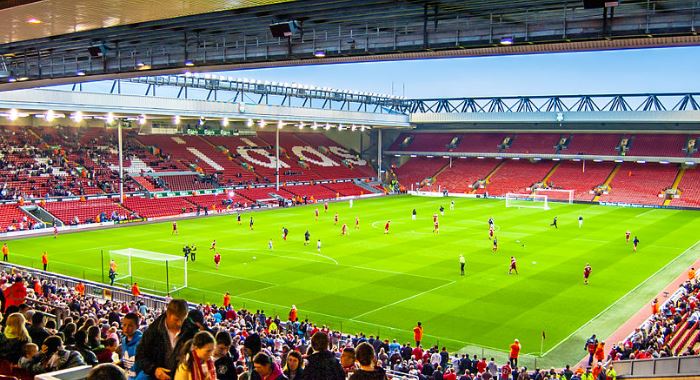 Though the amount of talent Liverpool possess in their squad is far less magnificent in comparison to previous generations at the club, Liverpool still have players who, with the right guidance, can achieve great things. Here, in an attempt to enlighten people on my opinions, I have compiled a list of players that I think are the best the club has at its disposal. It is important to note that the players are valued on their positive impact on the club and not their talent. The list starts with honourable mentions, who are ranked in no particular order, and then the best player at Liverpool Football Club.

Adam Lallana has been pivotal in Liverpool’s matches thus far. With his great work ethic and passion, many can see Lallana putting in a shift every match. Furthermore, Lallana’s ability to dribble with great ability makes him a quality attacking threat. Lallana is enjoying a renaissance when it comes to his form, as he was not at his best last season. Lallana does not have the skill where he himself can dictate the outcome of the match as some people can, hence why he is in the honourable mentions section.

Daniel Sturridge is an excellent striker. His finishing ability is top draw and he does have a great amount of skill. Unfortunately, Sturridge has been unable to regularly play football matches due to injuries, which makes him not very useful. Sturridge also does not fit in with Klopp’s system. I think Sturridge is a great player, but he isn’t able to perform at his best given the current tactical game Klopp is playing.

James Milner has adapted brilliantly to the position that Klopp has allocated him to play, left back. Milner has thereby proved once more just how versatile he can be. I was worried that Milner would be like Moreno and attack too much and defend too little, but he pleasantly proved me wrong. If James Milner continues his work at left back, I am confident that he can be a top-class player in that position.

Nathaniel Clyne is Liverpool’s most consistent player. Not only is he always solid defensive wise, but his runs up the pitch add width to the Liverpool attack, which gives the attacking players more freedom. The ability to contribute in multiple areas of the pitch and do so week-in and week-out, is a quality that all Liverpool players should aim to reach. Much like Lallana, Clyne is not able to really be the key factor in Liverpool’s wins (which is fair considering he is a fullback), but he certainly has done his job excellently.

Firmino is one of Liverpool’s great attacking players. Firmino not only is a player who can score goals, but he can also set them up with great creativity. He has been a positive impact on our team and has had a huge role in the recent success at the club. Firmino is not the best of finishers, nor is he the most creative person, which though is a hindrance to him being the best player at Liverpool FC, however, he is probably the most all around player we have.

Coutinho is the most skilful player ar the club. With his excellent long shots and free-kick taking ability, passing and dribbling, Coutinho is truly phenomenal. However, in all honesty, has Coutinho really weighed in enough when it comes to goals, the most important thing for an attacking player? He simply hasn’t. Not enough to warrant the honour of being the best footballer at Liverpool FC anyway.

Sadio Mane is, in my opinion, the best player at Liverpool Football club. All one needs to do is compare Liverpool’s style of play between him being in the team and when he was away on international duty with Senegal. The difference is crazy. One moment Liverpool are title challengers but when Mane was away, Liverpool’s performance levels dropped and the produced a series of poor performances. Mane’s goals and assists are contributions Liverpool can’t afford to be without. If Mane can keep up this level of play, he will become a Liverpool hero.

This article is written by @LiverpoolfcJoey.

From Rovers to City: Anger cascades onto striker Matty Taylor

Luton Town - Who should be shown the door?

Scott Allan returns to the first team fold for Rotherham

The curious case of Ayoze Perez

Why Everton must keep Romelu Lukaku at all costs